Winnebago Rialta May Be The New Tour Bus

An extended 'Best Musical on Broadway' tour across North America (USA and Canada) with "Mrs. President Lincoln" and "Bernhardt On Broadway" is in the works to commence Spring 2018. Writer, composer and actor Carol Dunitz is considering purchasing a Winnebago Rialta for the tour, which may last as long as 6 months. 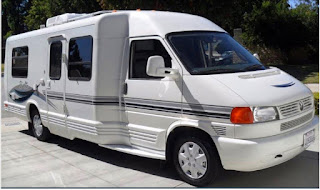 Extensive planning is under way that will take both shows to between 80 and 100 cities in close to fifty states and five provinces. There is "a big hook" as to where Dunitz will be performing but at present she is keeping it under wraps.

Fo the present, imagine theatrical graphics on this beauty!

Posted by Best Musical on Broadway at 6:49 PM

Musicals "Bernhardt On Broadway" and "Mrs. President Lincoln" are coming to Broadway. Negotiations are under way. Arrangements are being made so you will be able to see live and in person two of the best musicals ever to hit Broadway! Premiering in 2019.